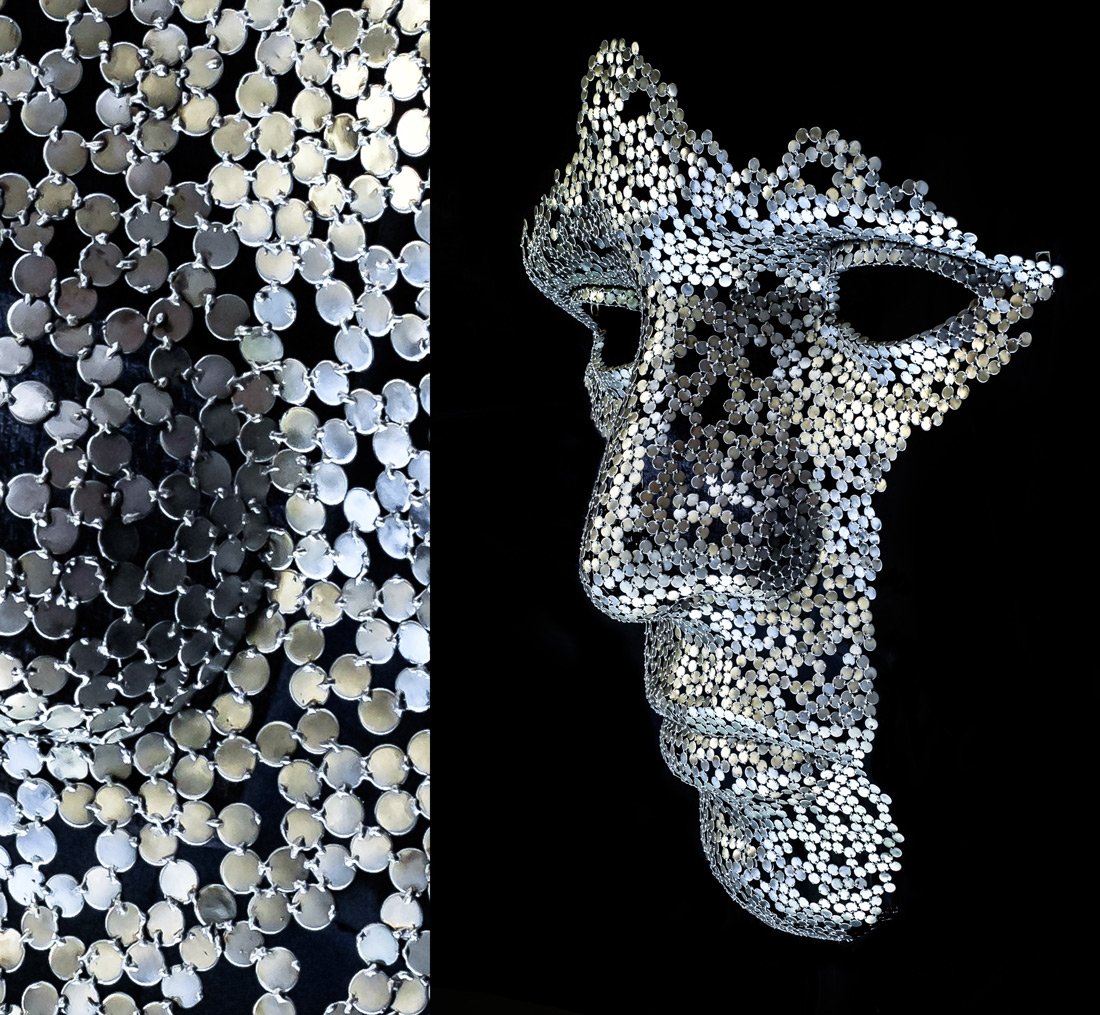 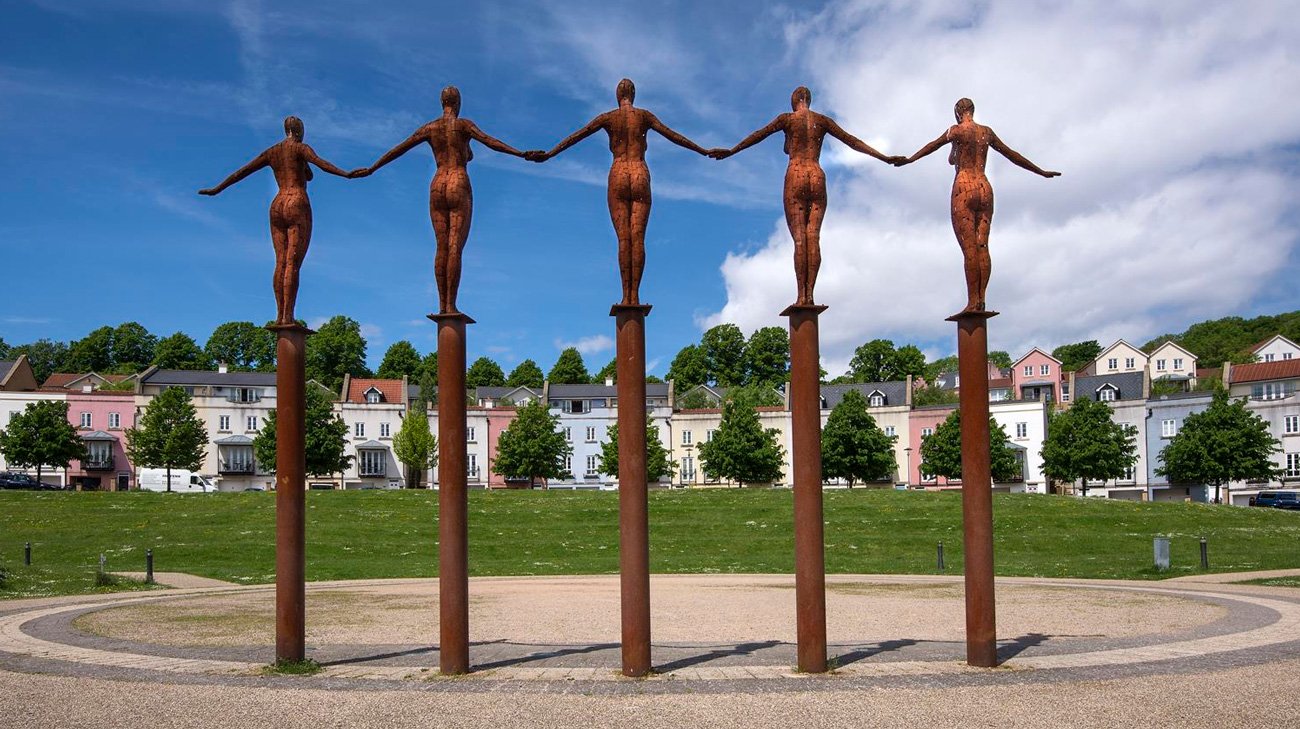 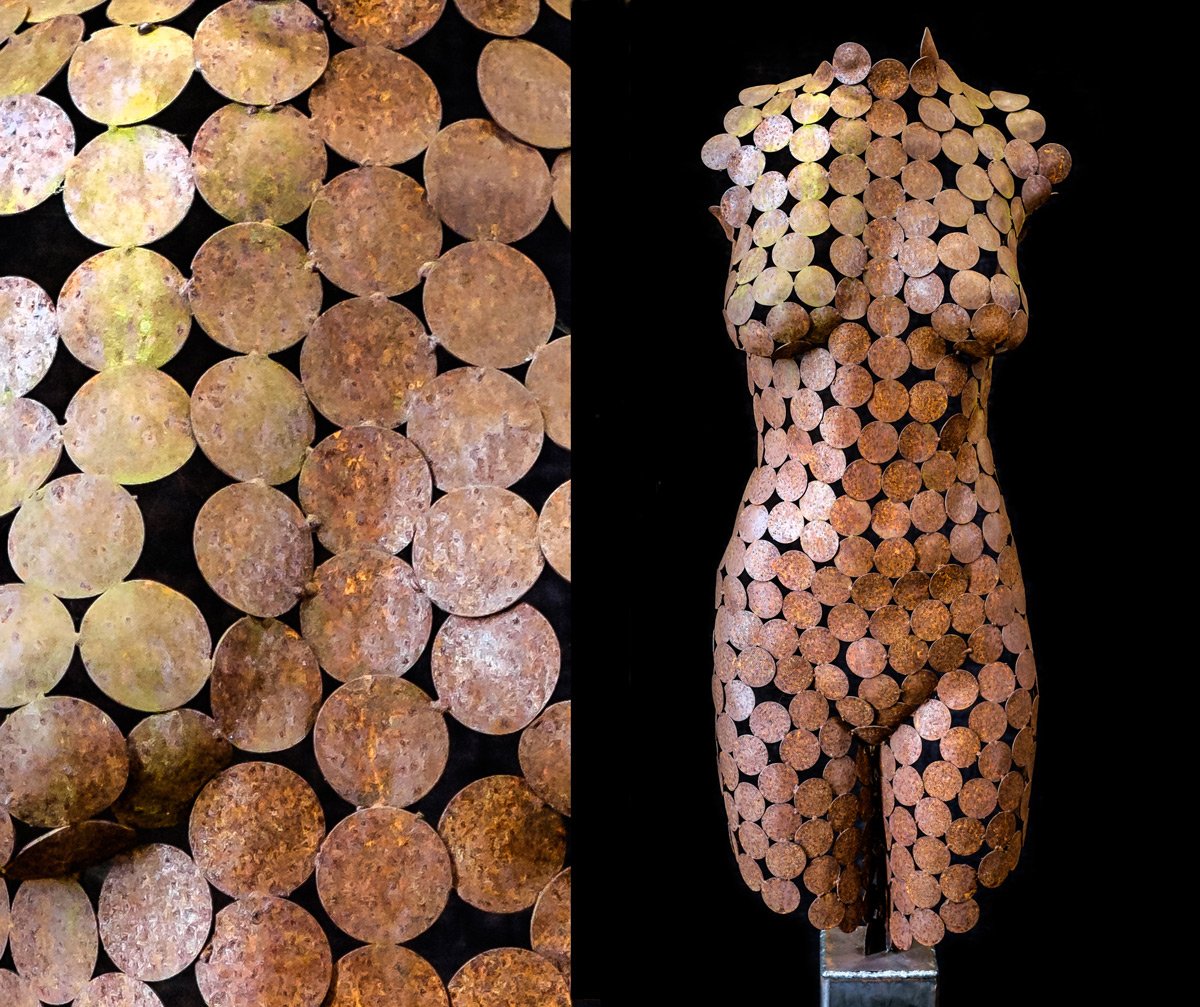 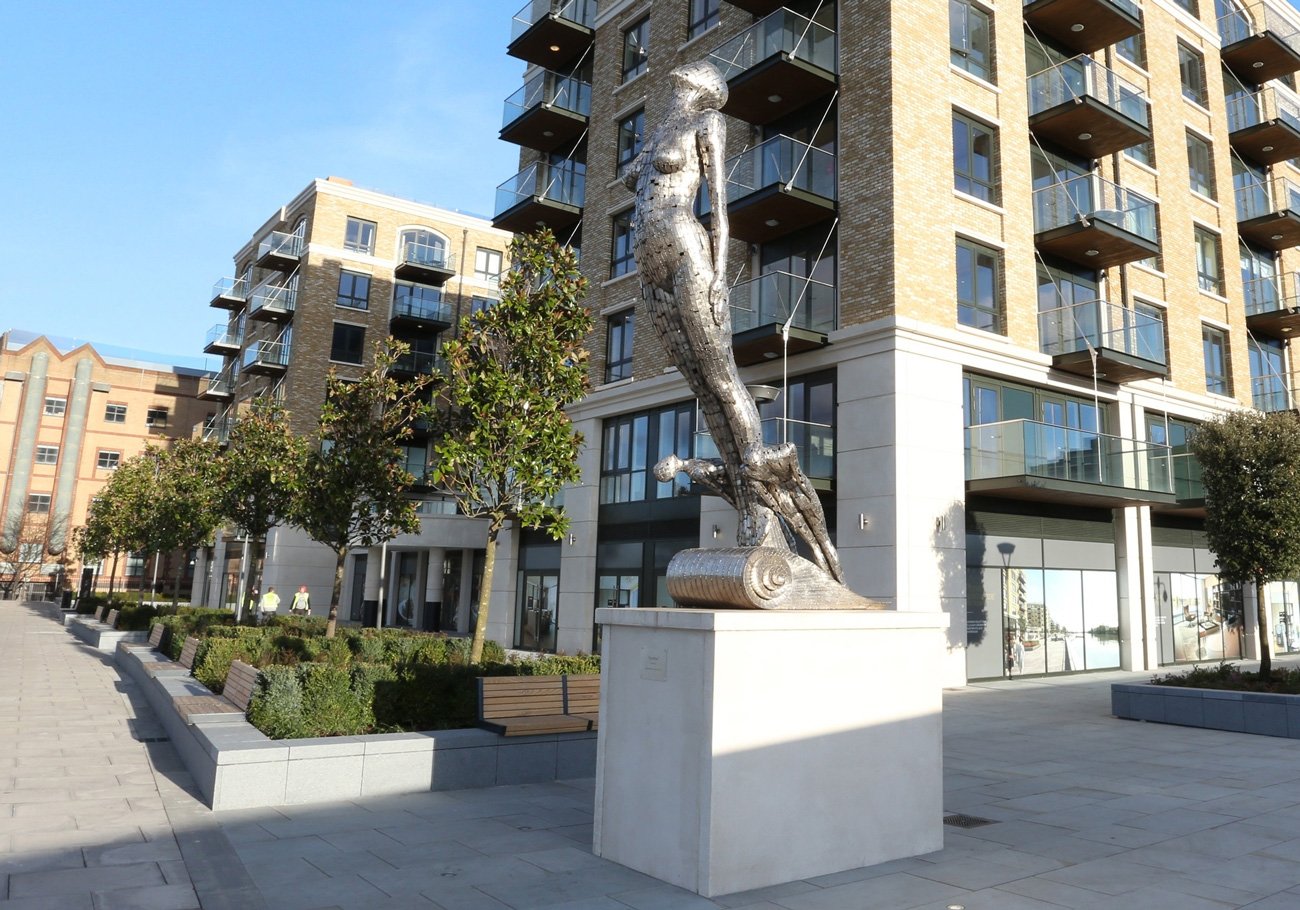 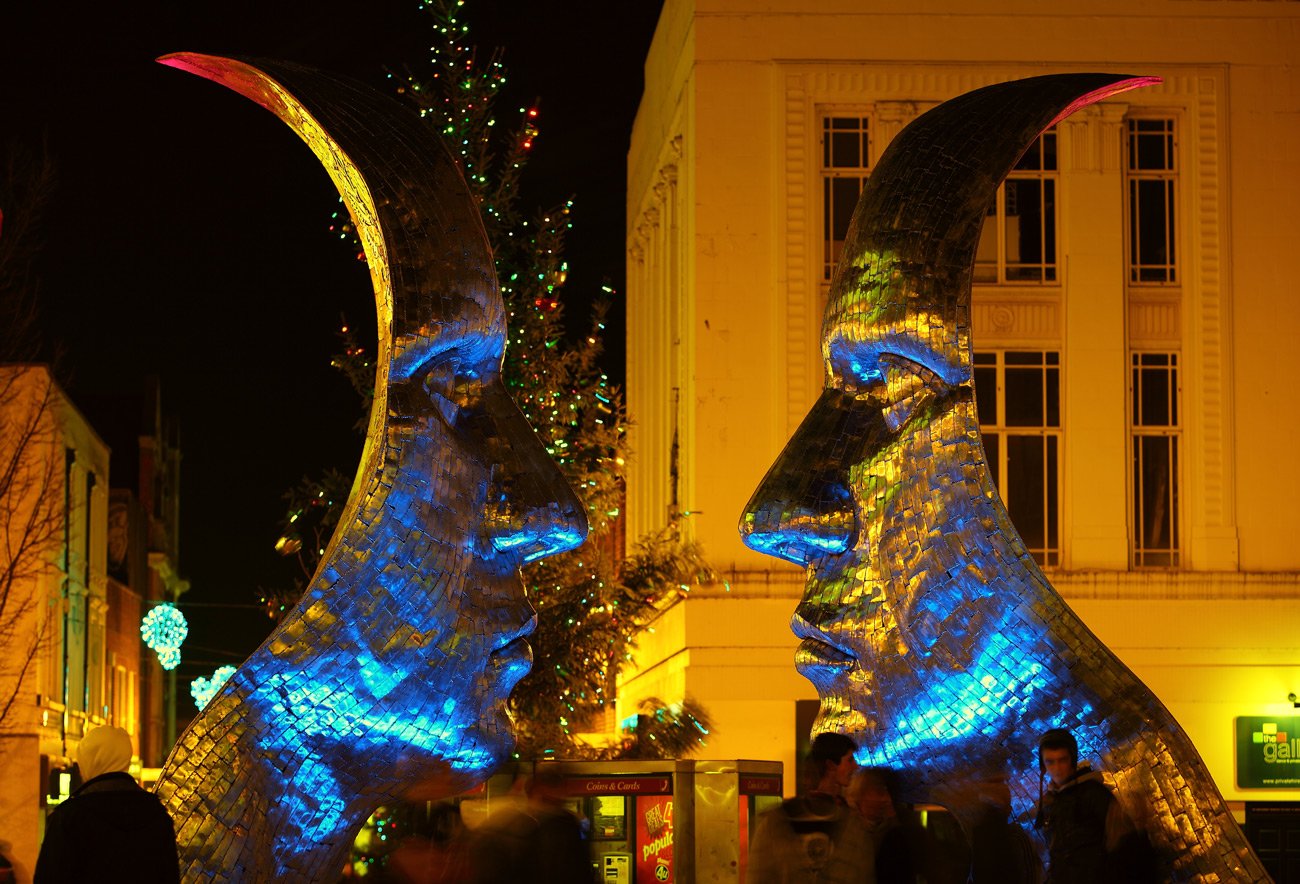 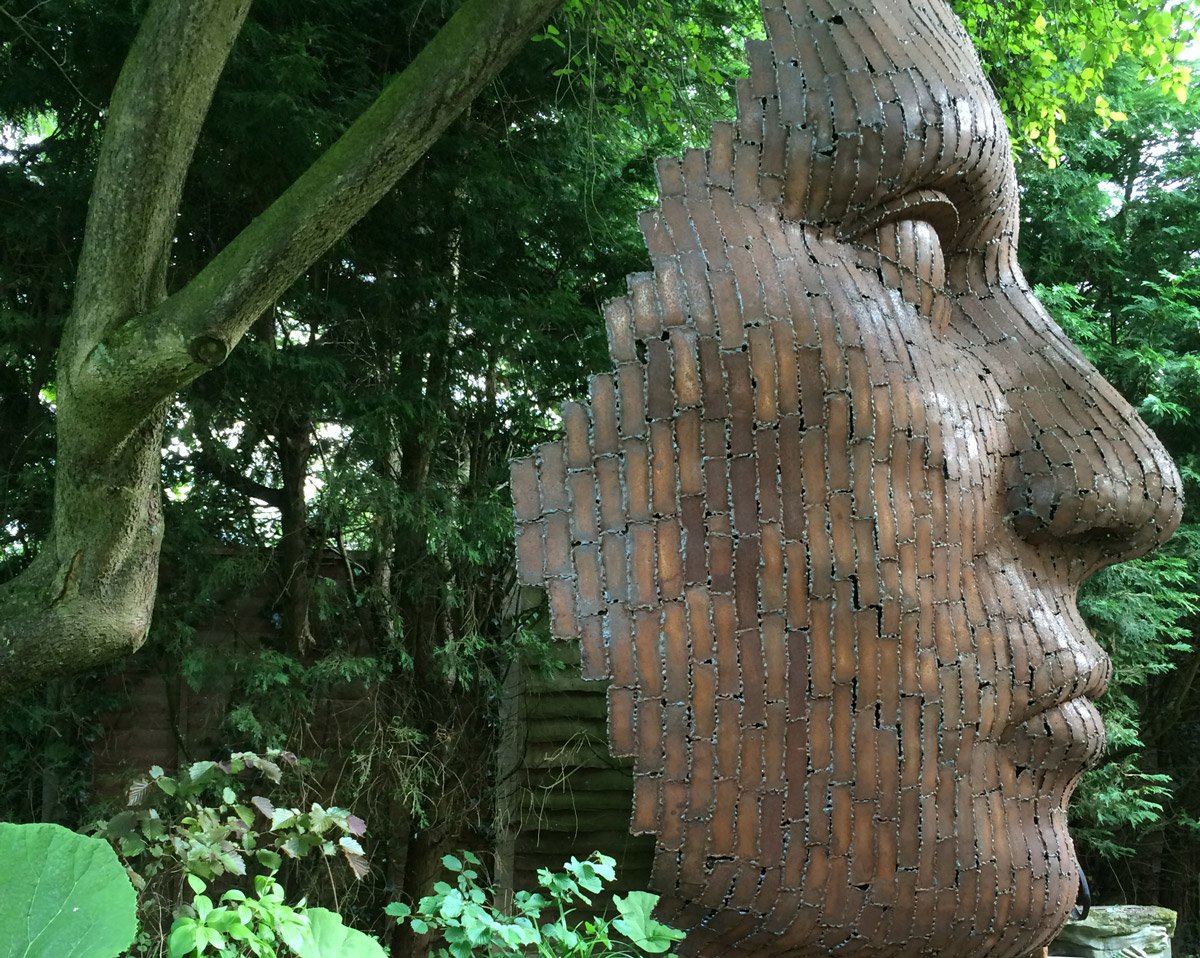 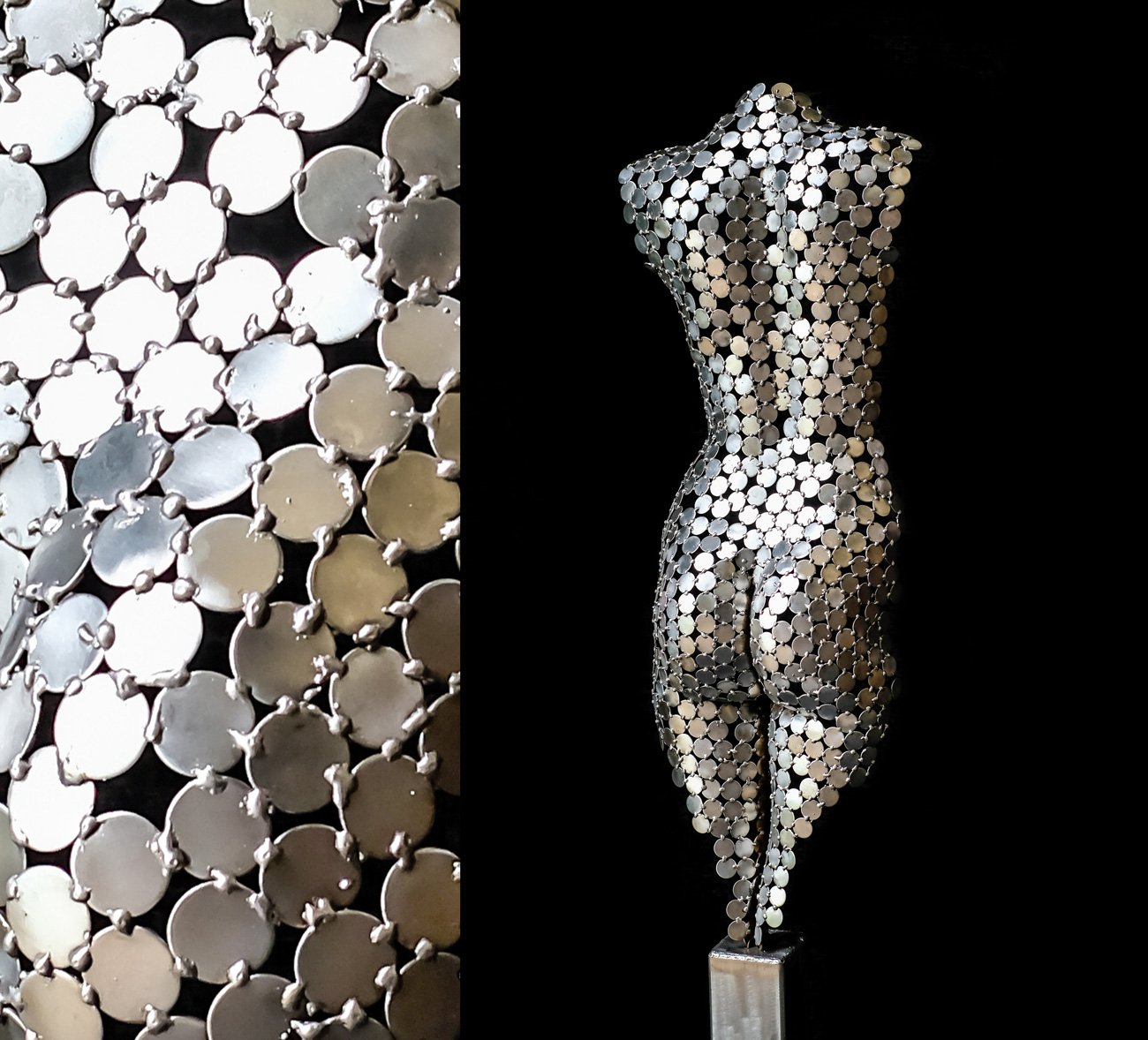 English Sculpture Rick Kirby is endlessly inspired by the human form. After years teaching art Rick began his sculptural career stone carving. Despite selling well in galleries he began to be frustrated by stones limitations. A chance encounter with another artist encouraged him to try steel and then his imagination and his work amplified.

“Steel released me, it gave me the ability to go huge, a scale that just is not possible with stone”

Alongside the potential to work larger, Rick was excited by the connotations of steel as an industrial material. Rick’s sculptures are made of small pieces of steel welded together – he compares them to pixels. It enables him to give nuance and feeling even to large scale sculptures. Working in both mild and stainless steel to achieve a variety of different finishes he is able to give life to the cold hard metal. Importantly though for Rick, steel did not detract from the classical human form, which remains at the core of his work. This juxtaposition of steel in its raw form – cold-industrial and the warm-human that his art breathes into it – is endlessly appealing.

Since mastering steel, His work has been unveiled by the Queen, Princess Margaret, the Duke of Kent and, amongst other notables in politics and culture, the Nobel Laureate, Seamus Heaney.