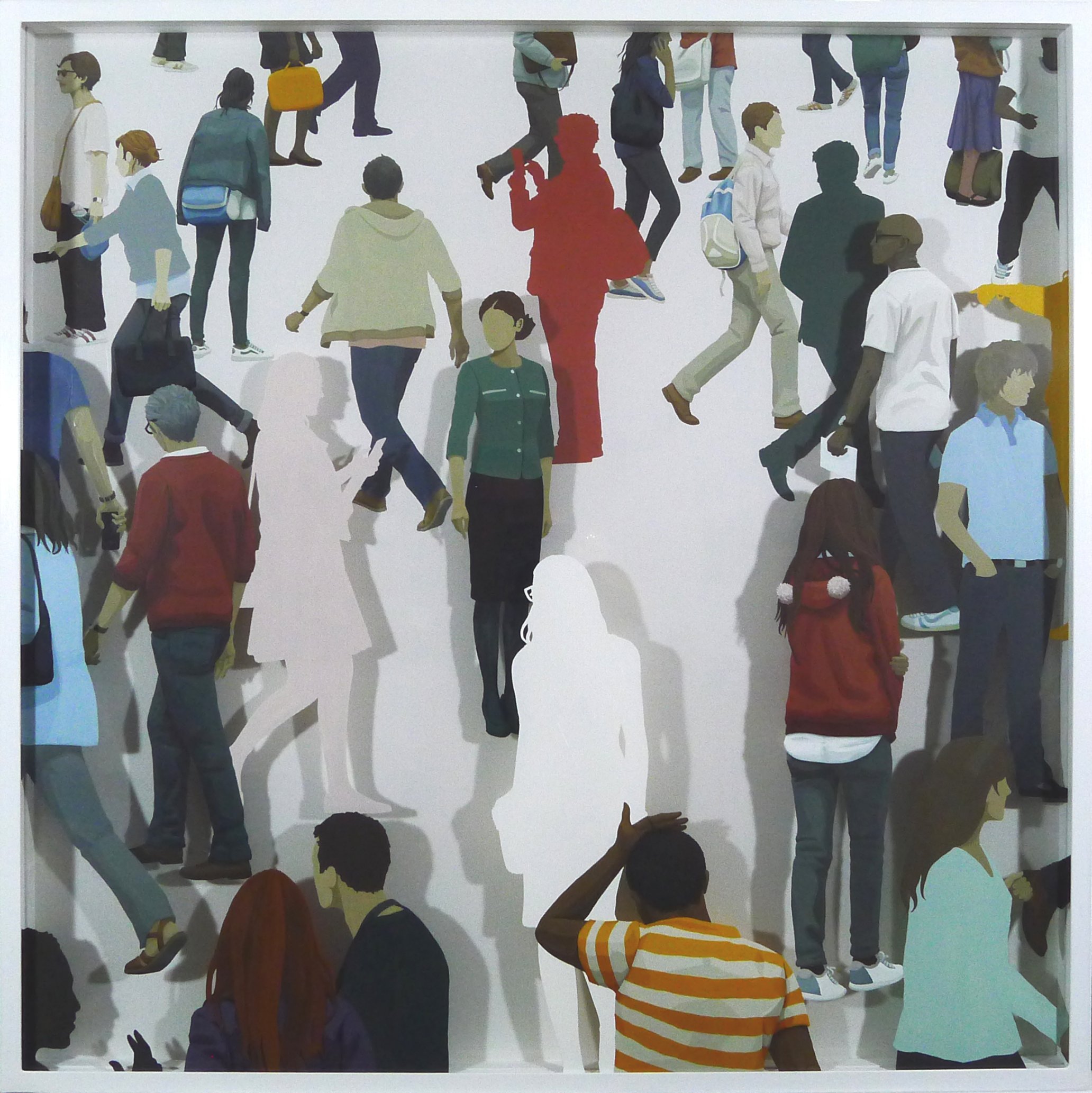 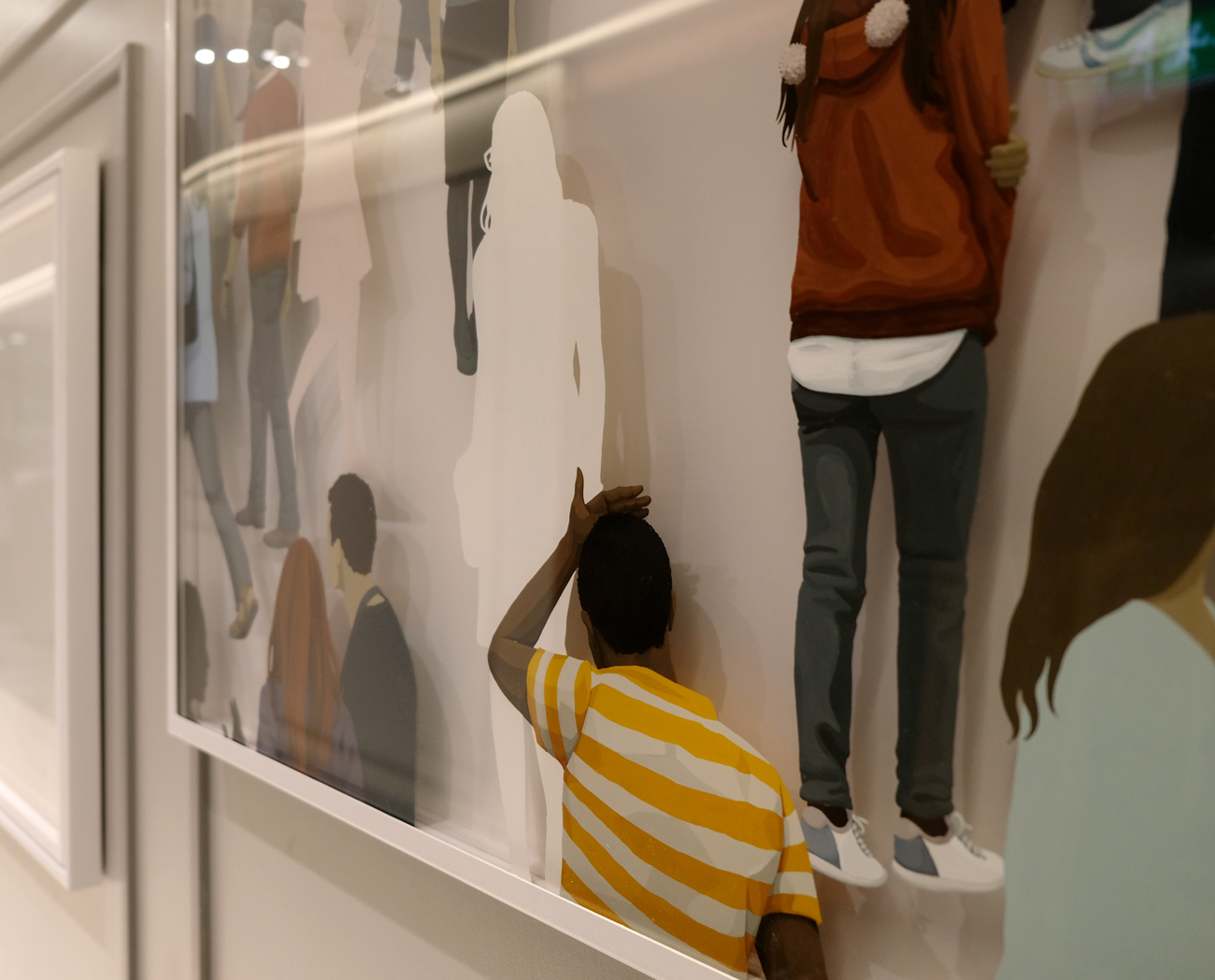 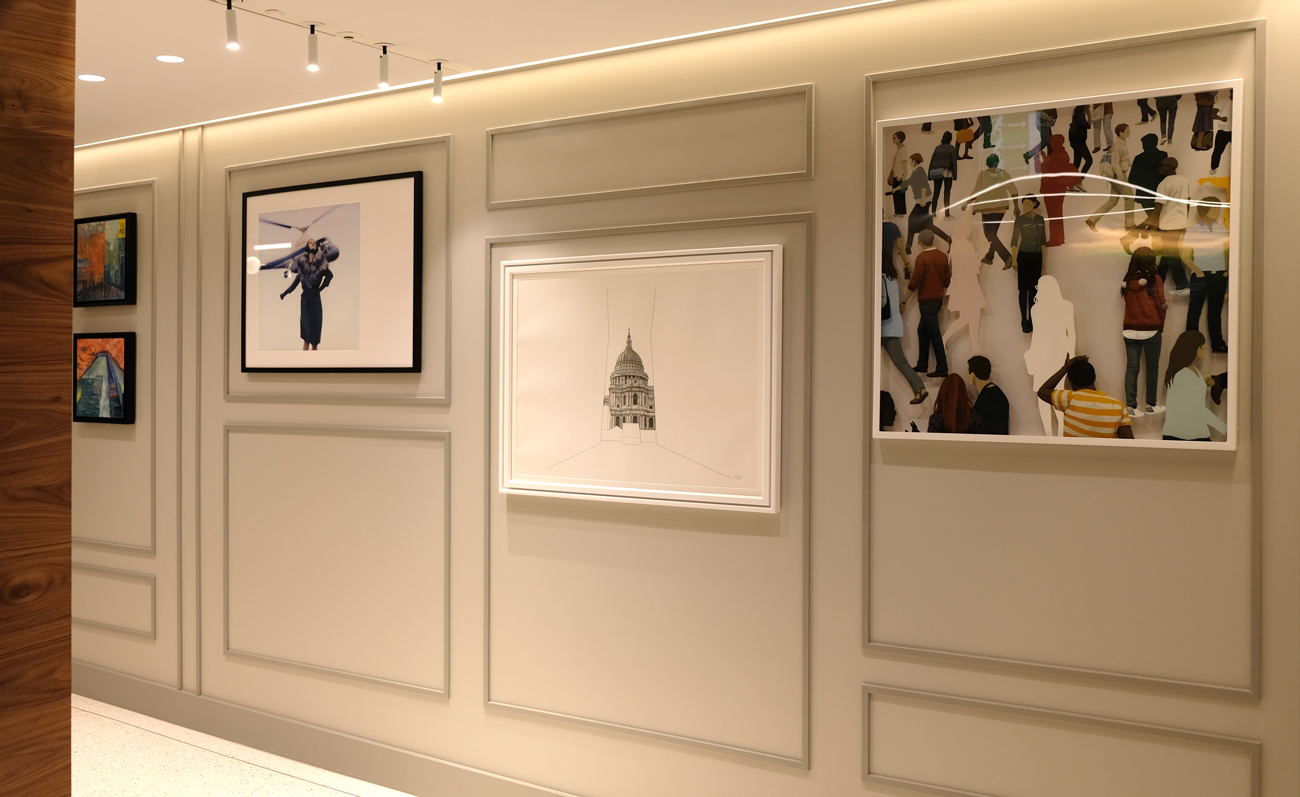 Focusing on dynamic scenes of the build environment, Steven’s approach is an archetypal multi-media one. His work has a rich depth as, with the use of clever layering, he seamlessly blends his painting style with cool non-coloured glass surfaces. Steven’s pieces offer an interactive element in the way that the distinctive figures play with the ambient light.

Steven first exhibited publicly in London in 1990 and since then his work has been seen in myriad places in the capital, including Christies and The Royal Academy. As the recipient of many awards, his art has featured extensively in collections at financial institutions and event venues across the UK.

Steven is currently represented by TAG Fine Arts in Islington.